A walk in the hills ...with Rambo 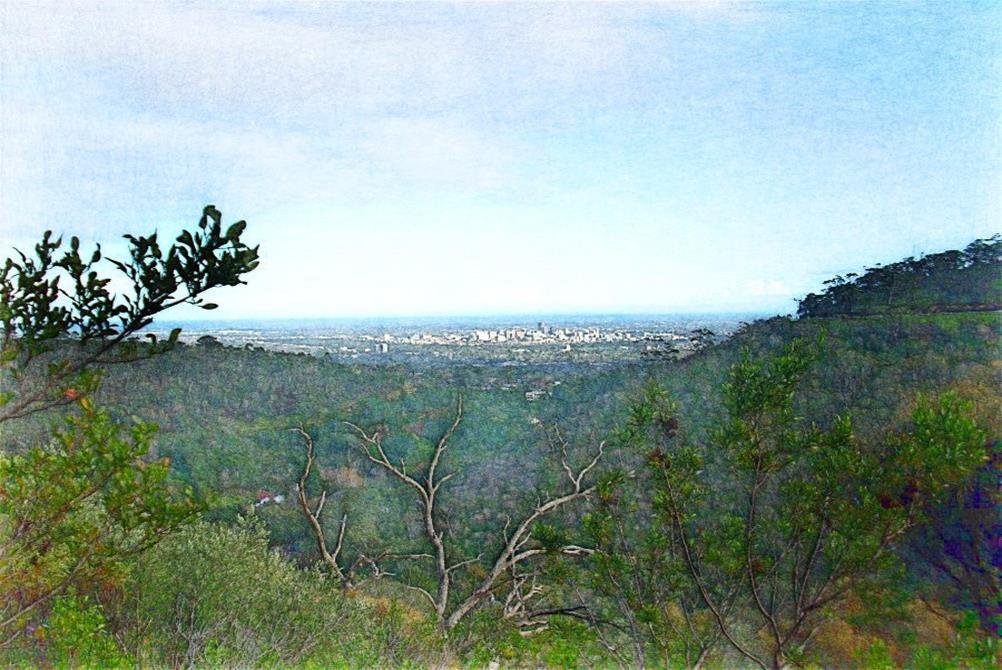 In the hills surrounding Adelaide there are many walking trails and most are well marked and it is a pleasure to walk them in the autumn and winter months, especially in the early mornings when there is often fog in the valleys and all is quiet and still except for the feeding kangaroos.

Some of these trails are very busy on weekends with annoying people trying to set personal bests and having to push their way past you to do so. Other trails are far less busy but are still just as pretty — the valley sections damp and cool and usually carpeted in ferns, the ridge sections giving nice views of the city below — and it is these that I explore most weekends.

Seeking to explore new territory and on the advice of my uncle, I took the expressway south one Sunday morning in June to the Onkaparinga River National Park. The national park and the river it follows once marked the boundary between the housing estates and the grapevines of McLaren Vale. But in recent times they have opened up new land for subdivision on the other side of the river and the sprawl has sprawled farther south still.

I arrived early, the sky still red from the rising sun, parked the car at the end of the last street and set off. It was a crisp morning and I walked briskly, trying to get the blood pumping. The river, close to the gulf here, was wide and free-flowing, and I crossed it via a shaky suspension footbridge.

As the one and only sign at the start had warned, the trail was precarious in some places as it lurched over the side of the river, and non-existent in others. I had to pick my own way through the reed beds.

I had dressed inappropriately in shorts and my legs quickly became scratched and cut. On a couple of occasions I was lucky to avoid the spines of the torch cacti, which were infesting sections of the river bank.

It was fun to have to scramble over rock and the more dangerous sections of the trail were, naturally, exhilarating to walk. It also felt like I had the whole place to myself, save for the animals I had heard scampering away in the distance.

After two hours I stopped for a drink and something to eat. This was the best part of hiking, not the good feeling of exercising and everything in your body warm from working, but the chocolate at the half-way point, which I had with tea still warm from my thermos.

I rested for ten minutes, sitting on a rock and taking in the views of the valley and the river, narrow and all but hidden in the reeds now, which ran through it. This was the second best bit of hiking, the feeling of weariness and stillness when the mind is finally calm and on stand-by from its usual frantic workings. 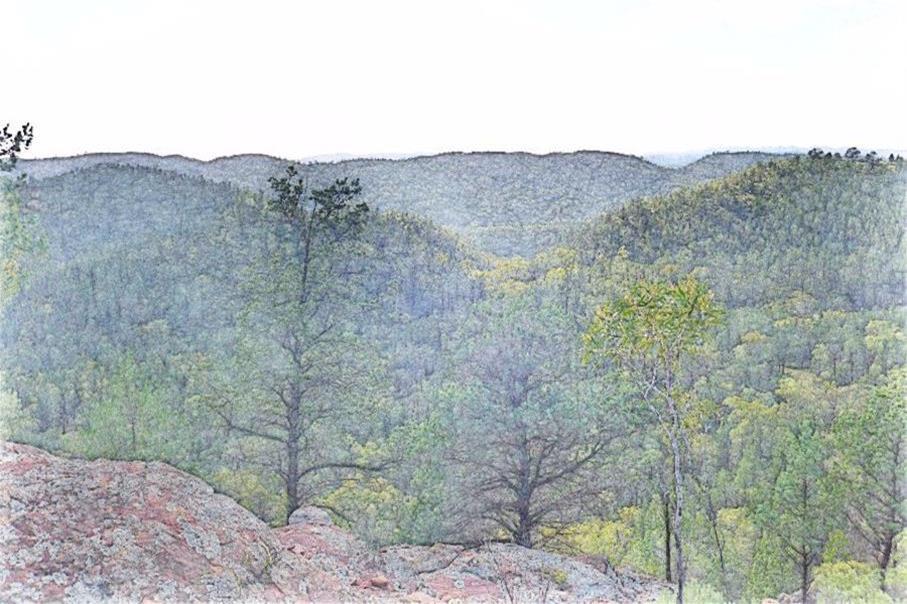 I finished the last of my tea and set off back in the direction I had come.

Not long after, I rounded the bend in the river and stopped dead in my tracks. An instinctive feeling of dread ran down my body. I nearly took a step backward but just stopped myself, not wanting to show fear. But my heart began to race involuntarily and my eyes became large.

Around that bend and just up the hill was a guy and his dog.

This guy was tall and big and strong and had long dreadlock hair. He was dressed head to toe in army fatigues. He wasn’t wearing these for nothin’. Against his collarbone rested the butt of a hunting crossbow, which was cocked and pointed in my direction. This thing, unlike the knockoff fatigues, was very much genuine and deadly-looking. The heads of the carbon arrows it used were the size and shape of small pine cones. The arrows themselves were strapped across his back.

He was a terrifying, unexpected sight. He was fucking Rambo on the edge of suburbia. His dog was a mean-looking sonofabitch too.

He lifted his eyes up from the crosshairs and pointed the crossbow down. ‘How’s it goin’,’ he called out, his voice strong, masculine.

‘All right,’ I replied, my voice hoarse, my mouth dry.

He came down the hill to meet me. I just about held my ground. The tightness is my chest was painful now and I took short, shallow breaths.

‘You walkin’ the river?’ he asked.

He nodded but looked past me, his eyes scanning the river. ‘Nice day for a walk,’ he finally said.

‘You seen a goat around here when you was walkin’?’

His menacing eyes came back on me. ‘That’s what I said.’

‘I shot it up the hill. Then it ran down here all shot up.’

‘I want to find it, put it out of its misery, you know.' His eyes started scanning the river again.

‘Right,’ I repeated and swallowed hard. I think I must have looked scared now. I know I felt very scared. ‘I’ll keep an eye out,’ I said.

I looked down, not wanting to meet his bulging, disconcerting eyes anymore. I turned around and started walking away slowly.

No shit, I thought to myself and kept on walking.

‘You won’t tell anyone about me, will you now?’ he asked.

I kept walking, slowly, unsteadily from my nerves.

I rounded a tree and started running. I ran faster than I have ever run before, my weary legs suddenly like new springs as the adrenalin pumped through me. I did not stop until I got to the car.

And that was my day out in the Onkaparinga River National Park.