The pros and cons of burying rubble in your backyard 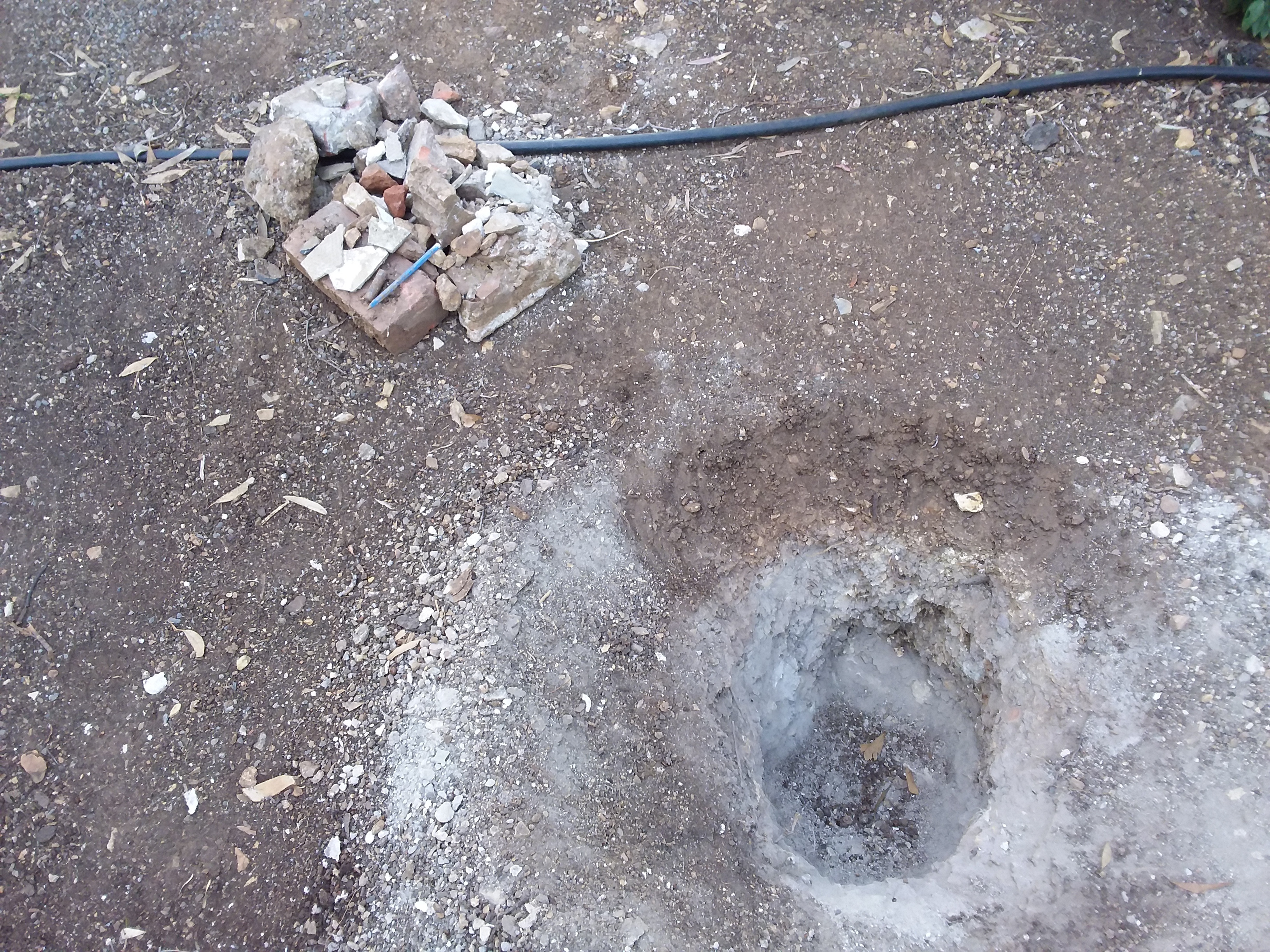 Rubble. Ever been tempted to bury some in your backyard? I have.

At the age of twenty-five I bought my first place, a one-bedroom unit with a small rear courtyard, and set about renovating it. To save money, I gutted the bathroom myself, spending two taxing weekends chipping away at the old wall tiles with a hammer and chisel.

The short of it — there really isn’t a long of it — is that I took that rubble, all those small broken pieces of tile and cement, and I buried it in the courtyard, right in the corner.

As fate had it, I was forced to dig up that rubble not one year later.

The first thing about rubble is this: it’s a whole lot easier to bury it than dig it back up.

You can’t help but mix it in with the soil. And it’s impossible to get every last bit out. For years hence you’ll be uncovering shiny pieces of white tile with your rake in the garden.

The reason I had to dig up the rubble — and I had indeed forgotten all about it, a definite pro of burying it — was that I needed to plant a tree in the spot. The reason I needed to do that was: bad judgement and bad luck.

I cut down another tree (the bad judgement bit). The neighbours then cut down their own tree (the bad luck bit). Suddenly, I had second-storey windows staring down at me and I felt very exposed.

So, that’s one act of burying rubble and one act of cutting down a tree on my record. But don’t judge me too harshly. I have in time atoned for the environmental sins of my twenties.

Three years ago my partner and I bought a house in the Adelaide Hills, on a steep, narrow block of native bushland. We renovated the place ourselves. This time I ordered skip bins; I didn’t bury anything in the ground. Six months in, I turned my attention to the garden.

The first thing I dug up was the treated timber. 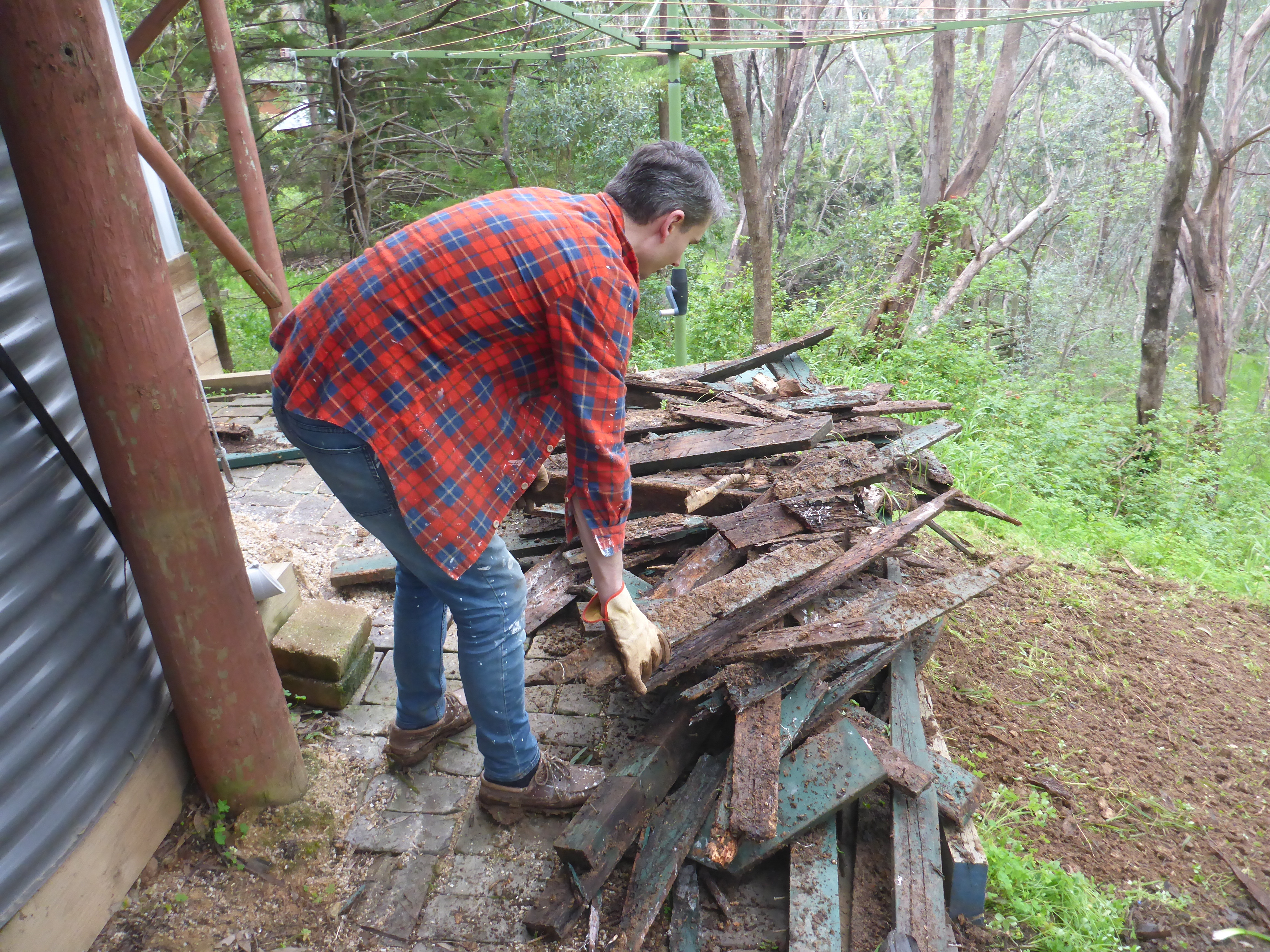 There was enough of it to build a twenty-square-metre deck. Indeed, that’s what the timber had formed once, when it had been nailed together. The previous owners had the deck rebuilt. They had dumped the old, arsenic-laced pine down the side of the hill and covered it with soil.

The next thing I dug up was concrete, semi-large chunks of it. At first, I threw it in the skip along with everything else. Only with time did it dawn on me that this wasn’t the most affordable solution.

Concrete is now recycled rather than sent to landfill — at least that’s the industry best practice. It’s crushed up and used as road base or construction aggregate. But most council kerbside hard rubbish collections won’t take it. You have to pay to dispose of it. How much? Well, I paid $460 for my last skip bin.

The cost of disposing concrete and other building materials is one of the reasons why people still bury this stuff in their backyard. Convenience is the other reason.

I dug up my buried concrete. Rather than throwing it in the skip bin, I used the different chunks to create garden paths. I used the old bricks to build garden beds.

For a wooden-clad house on wooden stilts there are a lot of those buried in my garden, bricks, some in tack, most broken. You can’t stick a shovel in the ground without hitting one. Does it get to you psychologically after a while? Yes. What do I do about it? I get out my sledgehammer. 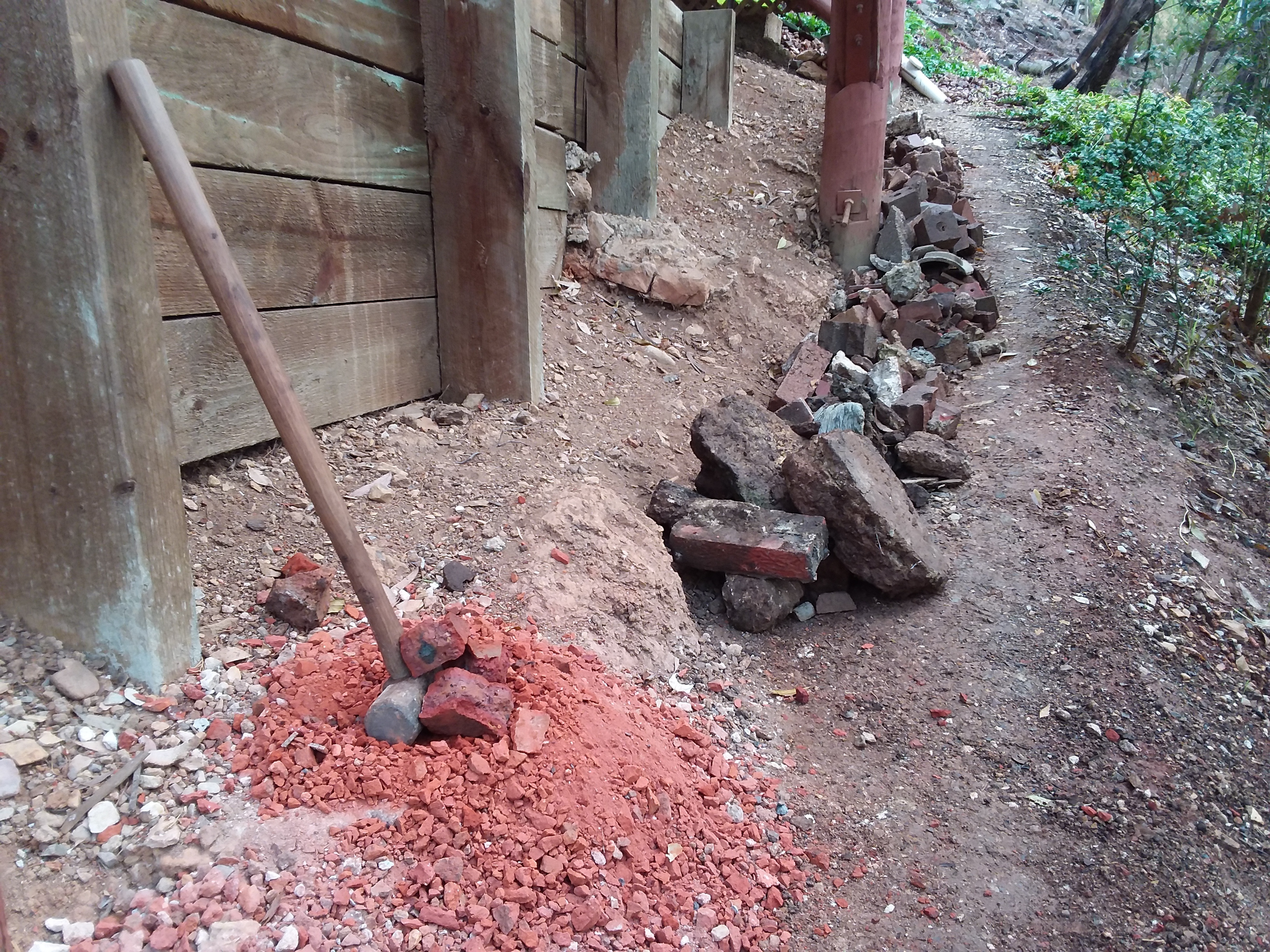 My partner knits. She’ll spend hours on end making scarfs and beanies and jumpers for people. Me, I like to stand by the side of my house swinging a big hammer. I crush the broken bricks to make gravel, which I then spread along garden paths. It’s slow and tiring work. There is no but.

The quarter-acre suburban block may well have been sliced up and sub-divided like a lunchbox sandwich, but the garden continues to play an important role in people’s lives.

I don’t want to overstate its importance. I don’t know whether looking after a garden reduces the risk of stroke or developing osteoporosis anymore than walking to the shops does. I don’t know whether it will cure your insomnia or be that ‘stress buster’ you’ve been looking for. It may well increase your hand strength, but so will lots of other things. And what use is that to you anyway, increased hand strength — you’re an office worker, not a professional arm wrestler.

What I do know is that your garden is your place. It is a thing in this world that, with a bit of imagination and hard work, you can put right. In return it will feed your soul. (It will feed your soul more than it will ever feed your family.) To think that people saw so little potential in it as to bury skip loads of timber, concrete, brick, glass, wall tile, floor tile, roof tile, metal sheeting, metal wire, and the odd car battery — it’s depressing.

I try not to let it get me down, but when I see the tip of another chunk of concrete rising from the soil, I can’t help but wonder. I wonder how big the piece is. I wonder whether it’s worth my while digging it up. I also wonder who buried it there and why. They were probably young people and this was their first house, and they were renovating the bathroom, and that’s the short of it. 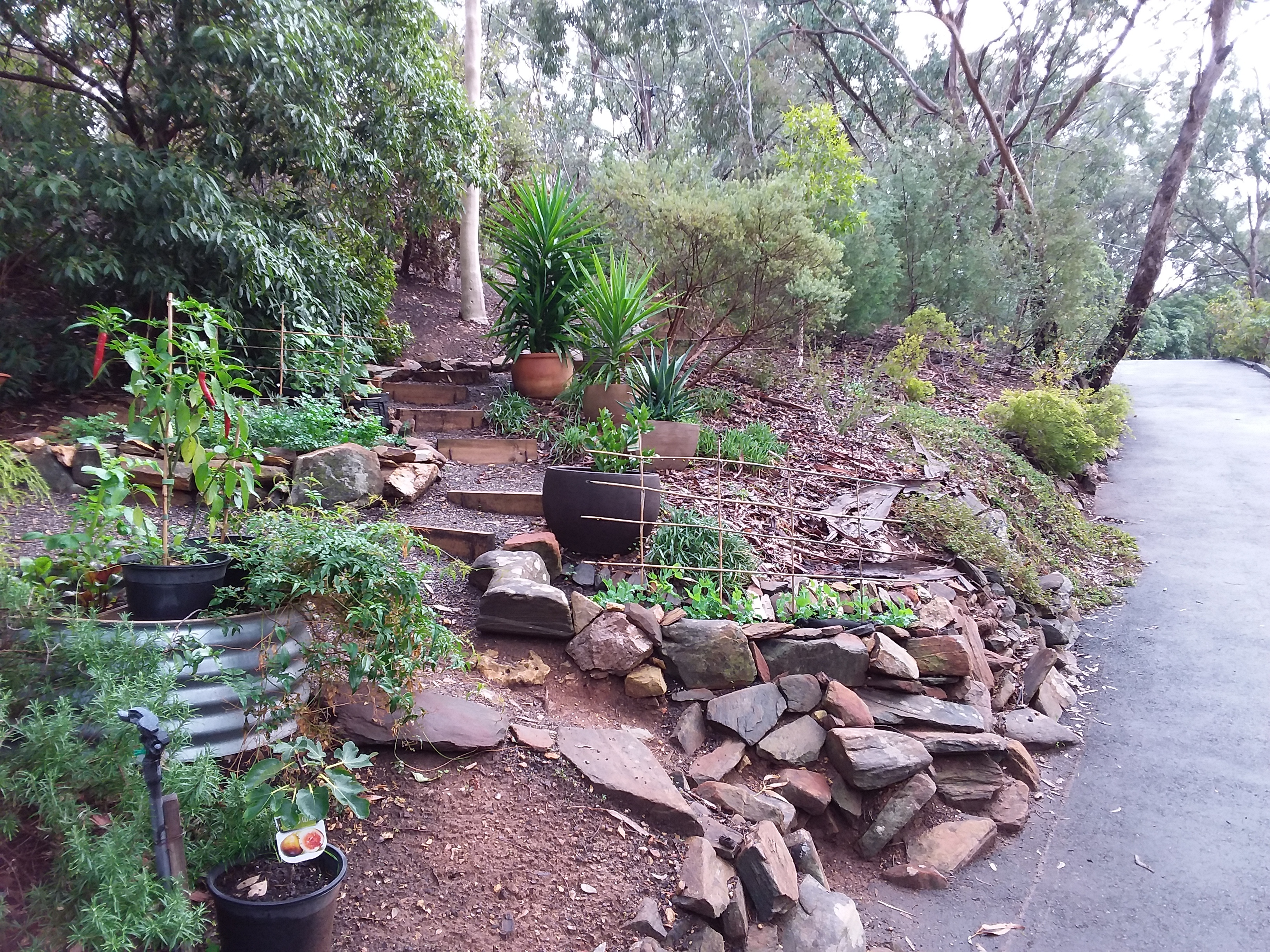